There’s a huge boost in the storytelling of games, as well as the depth of characters. The best selling video games provide opportunities for players to think more and use different strategies. Another thing that is great about these games is playing a particular role in the game, which makes it exciting and fun.

Wondering what are the most profitable video games of all time are? The list includes entry-level games, which received phenomenal international attention like Tetris. Here are the four best-selling video games in the world.

Five years from its release, the Grand Theft Auto V sold around 110 million copies worldwide. Hitting this mark makes it the third most profitable entertainment release, with revenue of $6 billion.

The interactive game costs $29.99, with the most diverse open world feature. It’s packed with details and challenges that are better than its precedents. The game is available for PlayStation 3 and 4, Xbox One, Xbox 360, and PC.

Rockstar Games, maker of the GTA game franchise, changed the feel of this game to endless possibilities. This hooked a lot of new people as well as those who are already were enjoying the previous versions. With the introduction of new consoles, the sales surely add up.

Despite the success, the release wasn’t smooth as GTA Online didn’t launch on time and there were big issues that affected the gaming experience for the multi-player feature. Rockstar was able to fix everything until the game is already working fine.

In the world of video games, Minecraft is definitely popular for its many unique features including pixel graphics. This game allows players to envision a world they want, create structures, build a home, and much more.

The initial versions of the game have no goal, which was later on improved by the game makers. There’s no definite way to finish the game even though players defeated the Ender Dragon. Because of the endless possibilities, players don’t experience burnout, continuing their journey.

In 2018, Microsoft announced that Minecraft reached 154 million copies sold, which easily lands it in the second spot for the best selling video games. The numbers add up as China has over 100 million players with access to the free downloads. Minecraft for a console costs $26.95.

For decades, Tetris remained in the comfortable top spot for the highest-grossing video game of all time. Released in 1984, this game is still played up to this day. Modern variations of the classic exist, improving the overall gaming experience.

The Tetris Company recorded more than 70 million physical game sales, amounting to billions of dollars in revenue. With the addition of online games, the company noted that 425 million mobile downloads exist.

Anyone who owned a Wii surely knows of Wii Sports, which includes tennis, bowling, baseball, boxing, and golf. Designed for interactive gaming between two players, this video game became a hit, especially with the use of the motion controller.

Upon the Wii’s release, it was bundled with the Wii Sports video game to provide hours of entertainment to players. The game sold almost 83 million copies worldwide. The 2020 version costs $29.99.

The best selling video games are loved by millions of people for their fun elements, unique graphics, and entertaining concepts. Even with hundreds and thousands of new games released, these classics remain in the top spots for the highest-grossing video games. 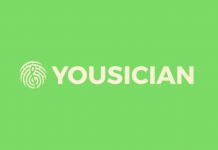 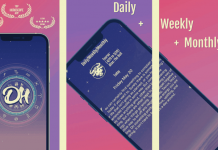