Our environment is in dire need of help. We’ve experienced different calamities and tragedies that have torn families apart worldwide. I think it is time that we take good care of our only Earth and begin the crusade to help save it.

The fight to save our planet and the environment is no easy task. This is why new technologies are being developed every day to tip the scale in our favor. In this article, I’ll tell your more about the different technologies that help the environment.

One of the main causes of pollution is the carbon emission coming from cars and other vehicles all over the world. This has largely contributed to phenomena like global warming and climate change that have affected millions of people across the globe. One great solution that I’ve come across is the development of public electric transport.

In many developing countries, public transport is the key to moving around the bustling metropolis. However, this contributes heavily to pollution levels. The best solution is to cut off the carbon emission from these vehicles by adding electric-powered public transport instead.

There are over 160 different types of electric vehicles and China has slowly adapted to such a trend. Having public electric transport greatly reduces many pollutants in the air which will surely resolve most of the air pollution issues in major cities across the world.

More Electric Cars on the Street

With the advent of public electric transport, I’m sure many car companies will follow the trend. Electric cars are already being developed as we speak and it is only a matter of time before they start filling up major streets in many cities across the world.

Electric cars are the future and as predicted, they can be on par with many vehicles that we use today in terms of utility and usage by the year 2030. Having electric cars serve a lot of purposes.

Not only do we remove the harmful gases that many vehicles today expel, but it also helps reduce the cost of diesel. A charging station will be enough to sustain the needs of the electric car which is quite attainable even with today’s standards.

Solving the Problem with Fake Meat

The environment has taken a lot of beating due to livestock pollution and carbon emission from farm animals. New technology has emerged out of the need to provide more food sources to feed the hungry as well as help protect the environment in the process.

Fake meat or plant-based meat is the direct answer to such needs. Many food companies today are providing delicious alternative meat sources that are a great substitute for the type of meat that we consume every day. Companies such as Burger King have started to offer plant-based burgers and many others are following suit.

Fake meat or plant-based meat has always been used long before but it is only now that we have perfected both its taste and production that we can finally say that it is the ideal alternative to the real thing.

How Meat Production Affects the Environment

A lot of us don’t even know that the meat that we eat daily severely affects the environment. For one, there is an alarming amount of deforestation that happens all over the world just to make room for cows for meat production.

Another major reason why meat production takes a toll on the environment is that these animals add to the overall carbon amount that is released into the atmosphere. Farm animals, specifically cows tend to require a lot of fresh water which can also deplete the natural resources surrounding the area.

There is also the high risk of polluting the local waterways with the wastes coming from these livestock operations. With so much at risk, it is time that we introduce fake meat into the world to save the environment.

Plastic That Comes From Plants

Single-use plastic is one of the highest contributors to ocean pollution. Whenever I go to the beach, there is always plastic waste floating in the water. This has been a very serious issue that spans many years and is still being addressed with limitations.

While recycling is a good way to reduce plastic waste, let us get to the core of the issue and instead, reduce or even ban the use of plastic altogether. There is an environmentally-healthier way to create plastic and that is through the help of plants. Plant-based plastics are biodegradable and many of these are already being used.

Avani Eco, an Indonesian company, already started making plant-based plastics in 2014 from cassava. The world should know more about this new technology which will end the endless harmful cycle of plastic use all over the world.

Why Reducing Plastic Waste Should Be a Priority

Plastic wastes are usually segregated for proper recycling measures. We often recycle our non-biodegradable items to keep them from getting into our landfills and worse, our oceans. Many of us are not aware that most of the plastics that we use and surrender to recycling facilities do not end up getting recycled.

The main issue here is all about logistics and in order to solve this issue, we must reduce plastic waste and find alternative methods to use such plastic with the help of technology.

Researchers have come up with ways to use plastics to create plastic brick roads and many other materials that can be used in infrastructure. Ultimately, it is the reduction of plastic waste that will make our environment much cleaner and healthier.

Robot Jellyfish to Save Coral Reefs

We often think of jellyfish as brainless creatures that serve little purpose to the overall ecology of marine life. Today, I’m here to tell you that robot jellyfishes are going to change the way we protect our oceans.

This aquatic robot is used to safely explore and monitor endangered coral reefs. Many divers often have difficulties exploring and studying the rapidly dwindling coral reefs around the world.

The use of this new technology has allowed our scientists to further examine what is happening with the world’s coral reefs and prevent further deterioration and destruction of our precious corals. Many of these robot jellyfish help track down many sea creatures that inhabit the coral reefs and ensure their survivability within such a crucial environment.

Using Robots to Help Save Animals

Aquatic robots have been used for scientific studies for decades but the robot jellyfish is something new. It is known to be 50 times more efficient than your average aquatic robot due to its ability to propel itself in small areas within the reef.

This allows the robot to monitor many creatures that inhabit the reef. While the robot jellyfish is a great example of how new technology and robotics are being used to help the environment, there are also other robots that are used such as drones that keep land animals safe.

Many national parks all over the world are using such technology to track down poachers and lessen the incidents of illegal activities that harm animals within the area.

5G Technology Helped Save the Environment

5G is a rather new technology that has just started expanding all over the world. This new mobile technology brings faster internet connectivity right to the palm of our hands. Many of us have experienced the power and speed of 5G technology right on our mobile phones.

In the past few years, we have witnessed how such mobile technology has brought us closer while the rest of the world was isolated. With 5G technology, there was no reason for us to go out like we used to.

We can work and connect with other people through such technology. It was also during this time that the environment slowly got back on its feet. The air quality improved and wildlife started to flourish once again.

Connectivity for a Greater Cause

I know it is quite far-fetched to think that mobile technology has saved the environment. It is undeniable that being connected through 5G technology, even when we were distancing ourselves, had a great impact on our environment.

We continued to communicate as the world around us started healing. With the current trend in technology, it is a safe bet that 5G will continue to be a driving force in our fight for our environment.

Such technology has helped us work in different locations and has made information much more accessible which helps inform many people about the dangers of climate change and global warming.

For so long, our environment has suffered a lot of atrocities through pollution and abuse of natural resources. New technologies have been made available to help combat such abuse and I think it is time that we take back the environment.

Let us start the big step today and help make it greener with the use of the new technologies mentioned above.

AgriTech – Learn More About This Technology 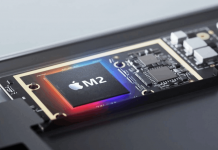